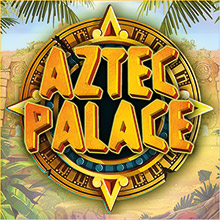 Introducing PopRocks™ – the first in a series of PopWins™ games! In this ways game, mystical gems unleash their arcane powers to pop, multiply, and expand to a max win potential of 72,188x bet!

Winning symbols pop and are replaced with two new symbols until no more wins happen.

Reels are expanded in the process up to a maximum of 7-symbols high.

Every 7 pops collected in the pops container increases the multiplier by 1.

When the game is expanded to 7 columns high, bonus mode is triggered:

- One (1) WILD is immediately awarded and replaces a symbol at random.

- Multiplier increases by 2 instead of 1 for every 7 Pops.

- Only 1 new symbol will appear from every Pop.